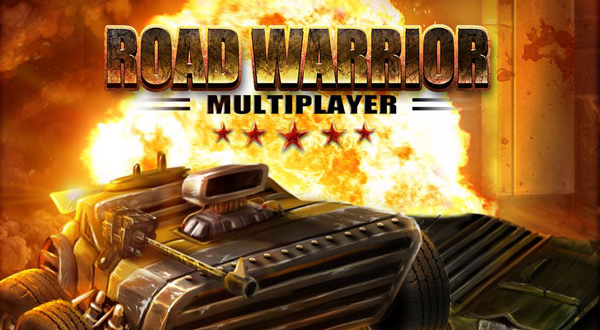 There’s nothing wrong with traditional racing games, it’s just that once you’ve played Road Warrior Racing Multiplayer’s smooth, seamless blend of straight-up side-scrolling racing and shoot-em-up destruction, the comparatively mundane events of flash-based games like Burnin Rubber 5 seem, well, mundane enough for me to compare the latter with the former in this manner. As a pretty popular single player experience, Road Warrior Racing was successful enough with its destructive action but now we have a fully-fledged multiplayer experience on our hands, so what is a racing fan to do but give in to the temptation of spending multiple, consecutive hours training and perfecting their violent racing skills playing against multiple real-life players across the world? Exactly that, is what a racing fan is to do, and such a fan will likely enjoy every minute of the experience, which just so happens to have a chugging soundtrack with guitars distorted enough to match the utter destruction within.

So what should you expect from the gameplay of Road Warrior Racing Multiplayer? Well, if you were looking for a relaxing and traditional racing experience, then you have come to the wrong corner of the app store, my friend. The game involves taking control of one of a variety of different cars, none of which you will see in your local car dealership, and racing them against other real-life players that you are matched with across the world. The action is viewed from a third-person perspective with the “camera” side-scrolling across the level as the game automatically applies acceleration to your vehicle, leaving you to use the on-screen touch buttons to shoot your gun and spin your vehicle in the air to gain bonuses for flipping your car multiple times.

The variety of levels to play through is almost as wide as the different vehicles available, and you can bet that there’s a whole load of upgrades to facilitate your destructive driving experience as well. You can also literally bet, full stop; races can be preceded with a wager in order for you to earn some extra cash if you’re that confident in your abilities.

In terms of content, this game isn’t exactly short on the stuff. You begin with a standard car called The Black 3 but can upgrade to beastly vehicles such as the Behemoth or the Grave Digger, which both sound and look sufficiently dangerous to annihilate anything in their path. Gun upgrades are of course standard procedure here, with a shotgun, sniper rifle, and a brutal acid-thrower being just a few of the available firearms mountable to your chassis. Wheels and other things like decals can be purchased as well, though you would think that there would be more of a comprehensive choice of car parts for a game that has ten different types of wheel to upgrade to. Oh well, you can always buy sight, boost, and armour upgrades for each of your vehicles if you fancy doing so.

Rough Presentation But Goes Down Smoothly

Road Warrior Racing Multiplayer isn’t the prettiest of games to look at. Though it clearly has quite a bit of polish, the whole design is reminiscent of a slightly better-looking Earn to Die with the physics of Indestructo Tank. The menu design is fairly poor, particularly the fact you have to scroll to the side to access some of the upgrades. I mean, who lists individual upgrades in a linear fashion and not in a collapsible menu style? Aside from this small flaw, the game is presented very well with a sort of raw style with some amusing commentary when you perform flips with your car (“Monster Flip” and other such utterances remind me of “Monster Kill” in Counter Strike).

It has to be said that in spite of its limitations such as the lack of being able to control the acceleration of the vehicle manually and the ridiculous amount of time you will spend grinding for cash if you don’t want to spend real money on MP (the in-game currency) for example, Road Warrior Racing Multiplayer is a great experience that can be played and enjoyed free of charge. Playing against real players around the world is much more challenging than any A.I could ever be, and the matching system ensures that players with relatively few upgrades aren’t at a disadvantage to those that have paid through the nose for upgrades and are therefore more well-equipped then them. In conclusion,  this one has got the potential to be one of the most challenging and entertaining – if a little rough around the edges - racing games out there, and all courtesy of Mobjoy Games.

Check out our walkthrough for Road Warrior Racing